The New England Society is pleased to provide links to the following organizations: 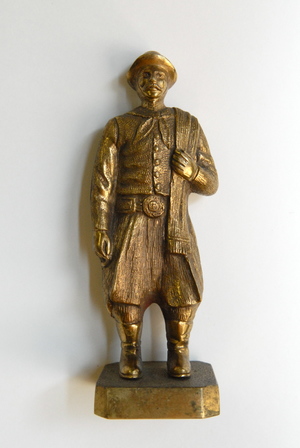 William M. Evarts, who was a U.S. Secretary of State and a U.S. Senator, was President of NES from 1858-1861. He donated $1,000 to fund the Pilgrim Monument at Plymouth Rock in MA. Donors who gave more than $200 (approximately $4,500 in 2012) received a souvenir statuette in bronze, and Mr. Evarts apparently gifted his to the Society. The statuette depicts William Bradford, governor and historian of the Plymouth Colony.